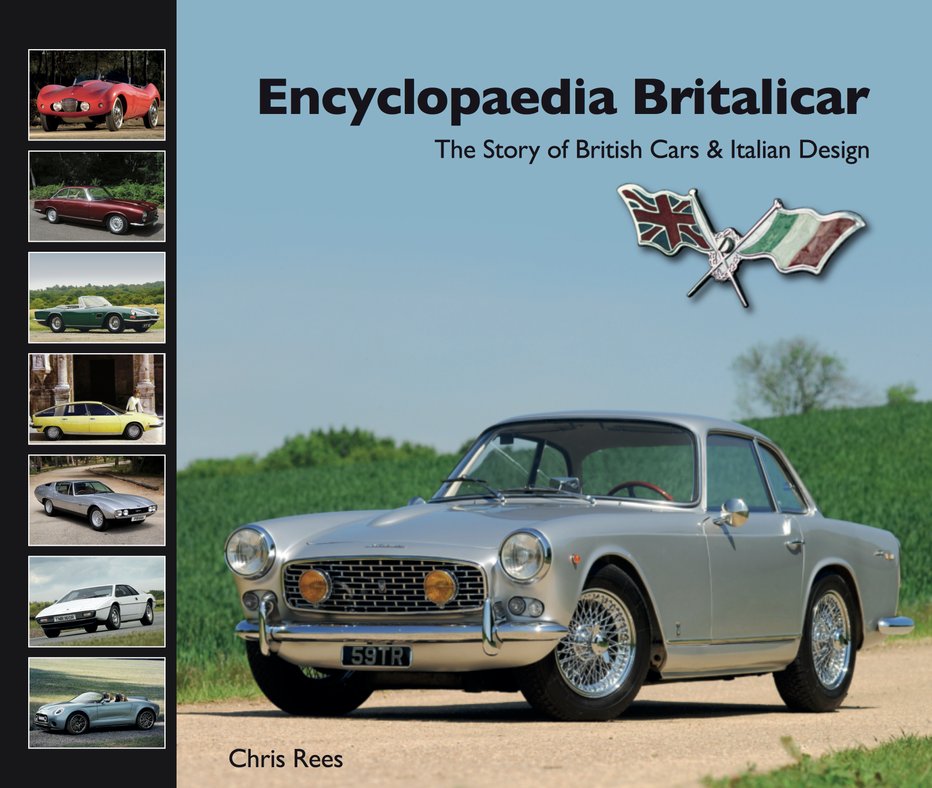 Celebrating the rich, deep partnership between the British car industry and Italian design, this book is packed with coachbuilt cars, design classics and concept cars from the 1920s to the current day. The story starts with the early days of coachbuilt cars on separate chassis from illustrious marques like Bentley, Frazer Nash and Rolls-Royce, which were bodied by such Italian coachbuilders as Pinin Farina, Viotti and Zagato. After World War Two came the golden era of coachbuilt cars, with Italian companies creating some of the world’s most beautiful shapes of all time on chassis from the likes of Aston Martin, Austin-Healey, Bristol, Jaguar, Jowett, MG, Riley and Rover.

Then came the era when Italian carrozzerie morphed into design houses, penning shapes for mass-produced cars like the BMC 1100/1300 and Triumph Herald, and crafting what are widely recognised to be some of the world’s most beautiful cars, such as the Aston Martin DB4, AC 428 and Lotus Esprit.

Finally came the era of the ‘concept car’, with incredible show designs based on British marques such as Jaguars by Bertone, the BMC 1800 Berlina Aerodinamica by Pininfarina and Lotus by Italdesign.

This book reveals the full stories behind the intense, diverse, sometimes surprising and always fascinating links between British cars and Italian design: the characters, the deals, the designs and above all the cars themselves.

Over 40 British marques are included, from AC to Wolseley, and from major names like Jaguar down to smaller operations such as Jensen, TVR, Elva and Gordon-Keeble. These are matched by more than 40 Italian carrozzerie, from Allemano to Zagato. As well as major collaborations – such as Pininfarina and BMC, Michelotti and Triumph, Touring and Aston Martin – myriad never-before-told stories of small operators really make this book special: the likes of Frua, Boano, Fissore, Monviso, Sibona-Basano and Schiaretti.

Richly illustrated with hundreds of period images, high-quality modern photography and dozens of sketches by the designers themselves – many never seen in print before – this is a book to relish for both lovers of design and enthusiasts of British and Italian cars. 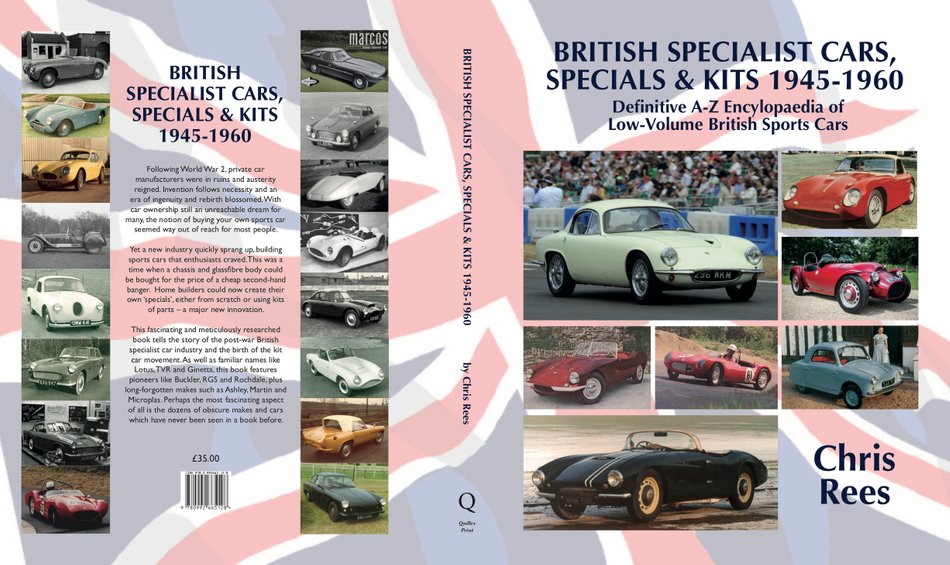 Following World War 2, private car manufacturers were in ruins and austerity reigned. Invention follows necessity and an era of ingenuity and rebirth blossomed. With car ownership still an unreachable dream for many, the notion of buying your own sports car seemed way out of reach.

Yet a new industry quickly sprang up, building sports cars that enthusiasts craved. This was a time when a chassis and glassfibre body could be bought for the price of a cheap second-hand banger. Home builders could now create their own ‘specials’, either from scratch or using kits of parts – a major new innovation.

This fascinating and meticulously researched book tells the story of the post-war British specialist car industry and the birth of the kit car movement from 1945 on. As well as familiar names like Lotus, TVR and Ginetta, this book features pioneers like Buckler, RGS and Rochdale, plus dozens of obscure makes and models which have never been seen in a book before.

The Magnificent 7 (4th Edition): The enthusiast's guide to all models of Lotus and Caterham Seven, from 1957 to the present day - BY CHRIS REES

Getting behind the wheel of a Caterham or Lotus Seven is one of the most exhilarating experiences for any driver. The fourth edition of this well-respected and informative book includes details of the models produced in the five years since the third edition was published, and gives a full model listing, specification and driving impressions for each of the Lotus and Caterham Sevens, together with a guide to purchase and restoration, a summary of the main developments, and useful contacts.

Further to the various versions of the Lotus-built Seven, there are more than 80 models produced under the Caterham marque. In 1973, the company then owned by Graham Nearn took over the manufacturing rights from Lotus and has carried on developing this back-to-basics sports car ever since.

Detailed coverage of each of the cars, from the original Lotus Seven S1 Ford through to the Caterham Super Sprint. A timeline of main developments chassis, engine, transmission, suspension. Caterham kits and race cars. Fully updated to include models such as the 160, 270, 310, 420, 480, 620R, AeroSeven, Sprint, Super Sprint, Harrods Edition and Donington Edition. Also detailed are Caterham projects such as the 21, SP/300.R, C120, Formula 1 and LEGO 620R.

In addition there's guidance on purchase, restoration, motorsport and tuning, as well as useful contacts such as the factory, clubs, agents and specialists. 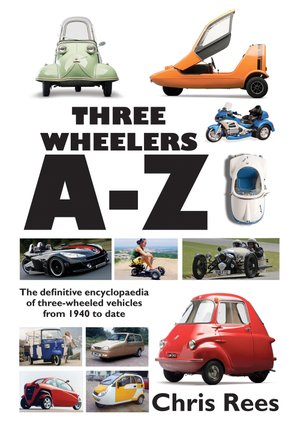 This fantastic book about 3-wheeled cars and other vehicles from award-winning motoring author Chris Rees tells the full story of three-wheeled vehicles from 1940 onwards.

This essential A-Z reference book profiles every single three-wheeled vehicle – no fewer than 1,122 different types – with over 1,600 illustrations, many of them never seen before in print. The fascinating story of a hugely diverse branch of the motoring world details a whole myriad of captivating and unusual three-wheelers, including:

Visit our gallery of three-wheelers 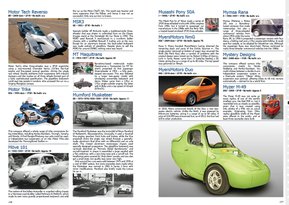